You are here: Home / Health Advice / Have One of These Symptoms? Do NOT Ignore them 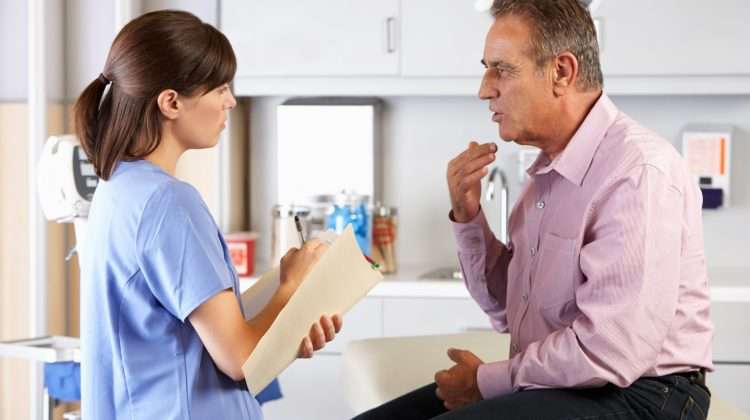 From a very young age, everyone deals with many common illnesses. Things like a cold or the flu. And, if you’re reading this, you’ve fully recovered from them all. But at one point in our life, it’s possible you may develop a serious illness or have possibly already been diagnosed with a chronic illness.

However, we experience symptoms of a chronic illness but choose to ignore it. We may even just shrug it off and just think that it is just probably nothing.

Choosing to ignore symptoms may come back to haunt you later. It has happened to many people and by the time their condition gets worse, it’s often too late to treat their sickness and they are left with the feeling of regret.

Do not ignore any of these symptoms:

Do you ever find yourself out of breath when you walk from your bed to the bathroom?  While this could just be a sign of bein unfit, it could also be a symptom of something more serious.

According to Healthline, shortness of breath could be connected to any of the following:

Do not ignore this symptom. Get a medical test done immediately if you are short of breath by doing small everyday tasks.

This symptom is something that you shouldn’t ignore. Having chest pain could potentially mean that you may have a more serious heart condition.

NHS UK states that chest pain could mean that you have a common heart problem such as:

Sometimes chest pain is not caused by a heart problem but it would wise if you get checked as soon as possible just to make sure.

As men, our sex life is very precious to us. If your erection isn’t quite as fast as it used to be, this could probably mean that you may have ED. An ED can be caused by a various number of reasons relating to serious medical conditions. Some of these medical conditions could be:

ED does not only affect your sex life but it could also mean that you have developed a serious medical condition.

Forgetting where you left the remote doesn’t usually entail that you have a serious problem with your memory. Memory loss in this sense can be referred something more serious like dementia. Mayo Clinic describes dementia as “an umbrella term used to describe a set of symptoms, including impairment in memory, reasoning, judgment, language, and other thinking skills. Dementia usually begins gradually, worsens over time, and impairs a person’s abilities in work, social interactions and relationships.”

Symptoms of dementia will often be pointed out to you by friends and family. It would be best to see a doctor once you have developed symptoms.

As you get older, your vision deteriorates and you are forced to get prescribed spectacles. However, if you experience blind spots, tunnel vision, or halos around lights, this could mean that you have a more serious condition.

Do Not Ignore Them

There are many more common symptoms that are usually ignored by many people. Unfortunately, we don’t really know what is going on in our bodies until we get checked by the doctors. That’s why it’s important to not leave it to the last minute and to not get into the habit of ignoring symptoms.

Optimal health and fitness for men over 50+. Discover how to live happy, healthy, and active year after year.